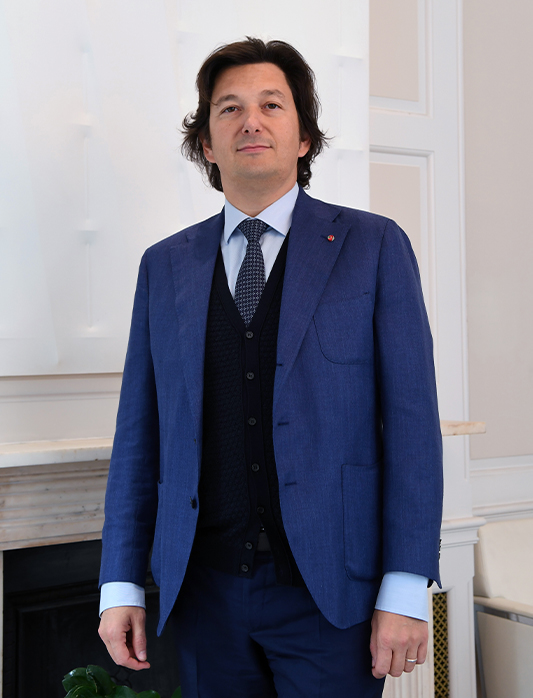 Languages
Italian, English, French
Alessandro Belluzzo
Partner
Alessandro graduated from Bocconi University in Milan with two degrees, in Economics and Law.
He went on to earn his Master’s degree in International Taxation.

Alessandro is registered with the Bar of England and Wales and is a qualified Trust Estate Practitioner – TEP – in the UK.

He is based in the UK, where he works as a founder partner of Belluzzo International Partners and Trust&Wealth.  He deals predominantly with wealth planning for individuals and family business.

Alessandro has lectured at Bocconi University, and frequently participates as a speaker at national and international conferences, through his role as Deputy Chair of the STEP Cross-Border Estates Special Interest Group.

In 2017, Alessandro was made a Knight of the Stella d’Italia.  He was nominated for this accolade by the Italian Ambassador in London, in recognition of Alessandro’s work in promoting dialogue between the Italian and British business communities.

Alessandro has been the President of the Italian Chamber of Commerce in the UK since 2019.

Firm composed of lawyers and accountants operating in Milan and Verona, active in consultancy and litigation particularly focusing on wealth, legal, tax and corporate finance issues. Through Belluzzo International Partners, the “one-firm” model is extended to the offices in London, Singapore and Lugano as well as to their correspondents in the five continents, in particular in Benelux, United States, India, Monaco, the main countries of the EU, Asean, the Middle and the Far East. Thus, the new entity is independent, international and multijurisdictional.